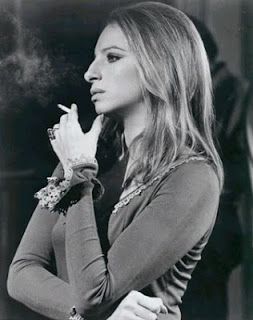 Disclaimer: I was trying to think of a story that would highlight how important persona's are when writing content. Something that really underlined the fact that if you are talking to the wrong audience then you might as well not talk at all. This is what came to mind, again this story is 100% true.

Ok, there I said it! I consciously decided to be a smoker. I weighed the pros and the cons for about 5 minutes, but the defining factor was that I looked really good holding a cigarette.  So the decision was made, I was going to be a smoker.

brrrrezzzzipppp (the sound a needle being dragged across a LP) Back-up, Tony and I are gamblers, we gamble on each other, we gamble on clients and some even say we gambled on starting our own business. However, like most of our decisions, we just roll the dice and play the hand we we're dealt.

This particular weekend we were literally at a casino gambling (Persona = Gambler). Tony and I always start out with the same amount of money, but inevitably I am always the first one to lose it all. This weekend was like all the rest.  I was broke by 7 pm. (Persona = lives in a double-wide).  The thing about gambling is that it’s fun to play, not so fun to watch. So I was broke and bored. I had already been shopping at the casino gift shop and spent $30 on candy and magazines and now the bedazzled shirts were starting to look good to me. I knew I had to leave the gift shop now or risk buying a bedazzled shirt and matching visor. (Persona = spends entire disability check at the casino gift shop)

I meandered over to Tony’s table. He was up a couple hundred dollars, but I knew his gambling skills and I knew it wouldn’t be long until he was begging me for the ATM card. So I waited, and while I waited I decided to make some life decisions.

First decision, we weren’t going to gamble anymore. It really was just a waste of  money.  Tony has a way of talking me into things, but I was going to stand firm on this one.

Second we needed to start saving money for retirement.  I didn’t want to be one of those ladies with an oxygen tank yanking the handle hoping for 3 in a row.  Not me, I want a guarantee.

Third we needed friends. I needed to have someone else to hang out with if Tony was going to waste our life savings on 21.

I had just read The Secret and I knew if I told the universe I wanted friends, the universe would provide. Seriously, I don’t know if it was the 3 or 5 shots of tequila or the universe manifesting my request, but suddenly I was really funny and witty and had friends everywhere. It could have been the tequila. (Don't base your personas on intuition — what you think will change from day-to-day, sobriety to quite buzzed — base your personas in cold hard analytics).

(You should never decide on a persona after tequila shots).

Anyway I found a group of people that I really connected with. It didn’t matter that they were half my age—they were pre-med so they must have been cool. My very, best friend, whose name I still do not know, suddenly lit a cigarette. He looked really cool with his smoke, he sort of had his head cocked to the side, a definite sign of coolness. Then he said, “ Hey do you want one?” So I made my fourth life decision. I thought about it , I had never smoked before. Should I really go down this road? They were obviously cool and smart ( being pre-med and all)  so I decided I would try one. So my new BFF gave me a smoke. I looked at my self in the mirrored casino, and I looked especially good as a smoker. So the decision was made, I would be a smoker.

My new smoking friends were so much fun! We smoked like 3 packs of cigarettes, all in front the mirrored walls at the casino, we looked good! My stomach started to feel a little uneasy. My new friends suggested we go to the casino steak house for dinner, they thought that might help me feel better. They were such caring friends, the Universe did a great job!  Unfortunately,  pre-med students are really poor, when the bill came no one had any money. (Make sure your persona can afford your services.) So I asked the Universe, and again it provided! Tony showed up just in time to pay the tab and tell my new friends that I had to go to my room and get some sleep. On the way back to the room I told him about the life decisions I made.  He agreed there would be no more gambling after he won back the money he lost, I agreed.  He also agreed that we should start putting more aside for retirement, we could do that with his winnings. I agreed.  He reminded me that we had friends, they just don’t gamble, and really who needs friends that don’t gamble, not us! I agreed. As for being a smoker, we would think about that tomorrow when I felt better.